Ernestina Will Sail Again Thanks To Some Help

Great news, for a change. The historic schooner Ernestina, ex-Effie M. Morrissey will sail again. Private donors, Bob Hildreth and Gerry Lenfest, have committed to contribute $2.8 million to the restoration of the historic schooner. The new donations more than match the State of Massachusetts’ $2.5 million contribution to the project. The Schooner Ernestina-Morrissey Association has also raised more than $100,000 toward its goal of $1 million to help in the multi-year refurbishment of the schooner. Boston philanthropist Bob Hildreth, a founder and vice-president of SEMA, has promised to donate $1 million, while media entrepreneur and philanthropist, Gerry Lenfest, who has had an interest in the ship since a childhood acquaintance with Capt. Bob Bartlett, has committed $1.8 million.

The schooner Ernestina, Ex. Effie M.Morrissey, was built in 1894 at the James and Tarr Shipyard for the Gloucester fishing fleet. Under Captain Bob Bartlett she sailed to within 600 miles of the North Pole, and later brought immigrants to the U.S. under the power of sail. Returned to the US in 1982 as a gift from the newly independent Cape Verdean people, she sailed as an educator until 2005. She is currently designated by the United States Department of the Interior as a National Historic Landmark as part of the New Bedford Whaling National Historical Park. She is also the State Ship of Massachusetts.

Ernestina Will Sail Again
As reported by South Coast Today:
Hildreth, who is vice chairman of the Schooner Ernestina-Morrissey Association, told The Standard-Times that the state is in discussions with the Massachusetts Maritime Academy in Buzzards Bay to be the off-season home of the Ernestina, keep it maintained, and use it as a teaching tool, even a dormitory.
The Ernestina, launched in Essex in 1894, drew much attention during the recent visit to New Bedford of the restored whaleship Charles W. Morgan.
Some 1,600 people who came to see the Morgan also toured the Ernestina, which has languished at its waterfront pier for several years. “It was a big bounce for us,” [SEMA Chairman Julius] Britto said.
He said he believes that Gov. Deval Patrick’s commitment to a $2.5 million capital outlay for the schooner “was the catalyst” for bringing in private donations, without which the project would not be possible. 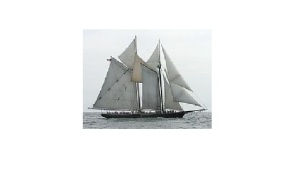 Thanks to Lisa Goodwin for passing along the great news.

I own a ship model web store and love old wooden ship models. I have been selling quality model airplanes and ship models for years and enjoy building them. My house looks like a hobby shop!
View all posts by shipmodelsuperstore →
This entry was posted in ship models and tagged custom ship models, model boat, sailboat model. Bookmark the permalink.